In addition to songs and instrumental pieces that may have sounded in the Maagdenhuis, the CD also contains the story of the Ash-girl.

The Middle English lay Le Freine dates back to the early 14th century, and is only available in one manuscript.  It is a close translation of Lai le Fresne, a poem from Marie de France, albeit slightly shorter.  In the 13th century, this poem had already been modified to an Old French novel, Roman de Galeran de Bretagne.  The prologue can also be found with two versions of Sir Orfeo, which shows that in medieval times material could be freely borrowed.

The story is about a woman who gives birth to a twin. Due to her own fault, she needs to give up one of the girls out of self-preservation. The baby is left in an Ash (Le Freine) opposite a convent and is raised as the abbesses’ niece. After meeting nobleman Guroun, the girl becomes his mistress. When he is forced to a legal marriage, Le Freine accepts her fate and helps prepare the festivities. The future wife of her lover is no one less than her twin Le Codre (Hazel). At the end of the story, Le Freine’s true identity is revealed when her mother recognises the cloth she had used to wrap her baby. The marriage with Le Codre is annulled and Guroun marries his true love.

When a baby was left, the mother used to leave a token with her child.  This foundling token often consisted out of two parts.  With her half, the woman could prove her motherhood, if she ever wanted to collect her child.  The Maagdenhuis of Antwerp has a reunited token in its collection, which inspired Mensurabilis to tell the story of the Ash.

09. Lay Le Freine: The porter of the abbay aros

11. Lay Le Freine: Than was ther in that cuntre

13. Lay Le Freine: So long sche was in his castel 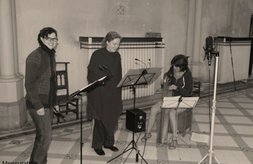 from the medieval past.